Cal Coast's success as an organization is the result of our members and their achievements both in running and in life.   These achievements don't just happen but are rather the outcome of guidance and mentoring along the way.   Coach Sumner has built a great team focused on helping others achieve their goals.  Here are our coaches. 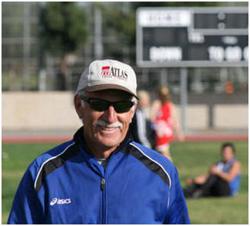 Bill Sumner is currently the central organizing figure in the Orange County running scene as he has been for the past 40+ years. Traveling anywhere with Bill he is met with “Hey Coach” by the literally 10’s of thousands of people who have crossed his path.   This isn’t just in Orange County but in virtually every city and airport he travels though.  It’s unbelievable until you witness it.

The key to his success is his uncanny ability to help people visualize their goals and establish a plan to achieve them.  It also includes anticipating obstacles and being ready when they arise.  His focus is not limited to athletic goals but primarily to personal life goals.  Everyone has a story about Coach and how their lives are better because of their interactions with him.

Bill is the head coach for Corona Del Mar High School Boys & Girls Cross Country and Track & Field Teams and has been for the past 34 years.  The dedication and coaching talent he brings to the school’s running teams are nothing short of inspiring.  The school has the largest running program in the state of California with the most wins.  Bill has led the team to 14 California Interscholastic Federations (CIF) championships, 8 state titles, and 2 national titles.

Coach Sumner also heads Cal Coast Track Club, a club he and four friends founded in 1982 and was originally called Active Five.  The club continues to flourish with over 600 members.  It trains together three times a week including the “infamous” Tuesday Night workout.  The club runs together in many local, regional, and national races including most USATF Championship races.  It counts a significant number of National Master’s Champions as members as well hosts an Elite Athlete development program.

Bill’s dedication also extends to the Magic Shoe Foundation, which collects, cleans, and distributes new and gently used shoes to less privileged children and adults.  It’s a full-time job done part-time and carried out with a small group of volunteers.  “When something is worth doing it gets done, and our Magic Shoe work is worth doing” he says.  The Foundation has distributed over 100,000 pairs of shoes.  Bill originally started the program for kids that didn’t have running shoes so they could run and has grown exponentially to include weekly Wednesday & Friday deliveries to schools, soup kitchens, homeless shelters, churches, Boys & Girls Clubs, assisted living facilities, and others.

With over 55 marathons to his credit as well as a 4:14 personal best in the mile Coach Sumner continues to train and compete at the national level.  Go Coach! 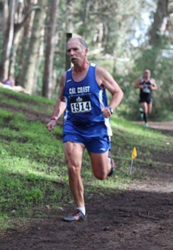 Mike Salzman is currently the “Go Make it Happen Guy” for Coach Sumner’s vision & ideas at Cal Coast Track.  In that capacity he serves as Cal Coast’s COO.  Having worked at the NYRRC in the early 80’s, many of Mike’s ideas and thoughts are influenced by his early club experiences working with Fred Lebow and Allan Steinfeld. During that time he worked on the New York Marathon and was on the organizing committee that brought the World Cross Country Championships to the Western Hemisphere for the first time.

He can be found weekly at all Cal Coast Youth training sessions, and this year had the privilege of one of his “original” Youth  athletes run in the 2017 NCAA DIII National Cross Country Championships.

If you haven’t met Mike please stop by the track at CdM and introduce yourself.  He has a wealth of running history and knowledge he loves to share. 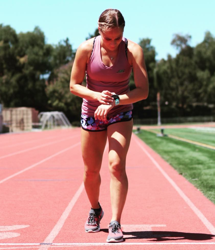 Arielly is affectionately known to her Cal Coast teammates as “AC".  She is a full-time personal trainer and serves as an assistant Track & Field and Cross Country Coach with the Corona Del Mar High School girls team.  AC also has the responsibility of managing Cal Coast’s social media presence.

She started as a sprinter at South Gate High School moving up to middle distance in college. She is a graduate of Concordia University where she earned All-American honors on the track at 1000m.

Her work ethic serves as a role model for many of our Cal Coast youth and CdM High School athletes who not only see her “grinding it out” with the Elites during Tuesday night workouts but also acting as a “pacer” for many of them in local road races.

If you haven’t met AC please seek her out at any of our club workouts or during Cal Coast's Summer Youth Speed Camp and introduce yourself. 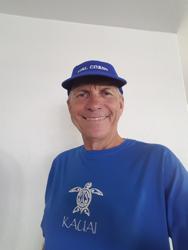 Steve is one of our Junior Cal Coast coaches and has also been assisting Coach Sumner with CdM High School and Middle School runners for quite a few years.  He also has been racing against Coach Sumner and Mike Salzman for decades.  He too is glad that Coach Sumner is in a different age group.

Steve started running track and cross-country at Westminster High School and continued on to a successful running career at Golden West College and Cal Poly Pomona.  He has clocked a 4:10 mile and a 2:26 marathon.  We kid Steve a lot about how fast “he used to be”.   An interesting fact about Steve is that he still keeps close ties with his Westminster XC teammates, and they annually chose a race to compete as a team.  They recently ran the Lake Tahoe Relay.

Steve’s training philosophy is focused on a solid foundation of base mileage coupled with intervals to help improve racing performance.  Though you shouldn’t let this scare you away, but he does enjoy short high speed work run faster than race pace.  Never give up, always finish the workout, always finish the race is how you hear Steve coach his athletes.  It’s great advice in life as well as on the track.

You will find Steve at the CdM HS track on Saturday mornings putting our youth team through drills to keep them injury free and workouts to prepare them for their competitive track and cross-country seasons. 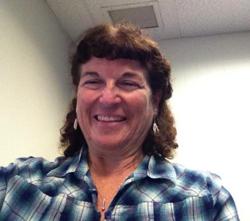 Peggy has been a long time member of the Orange County running community originally connecting with Coach Sumner more than 40 year ago at Costa Mesa All-Comers Meets.   She started volunteering and worked with Coach Sumner helping him coordinate Sea King Running and the Cynthia Holcomb Magic Shoe Foundation as well as high profile races such as the Orange County Marathon and Magic Shoe 5K.

She is a former high school counselor and currently the Administrative Assistant for Cal Coast Track Club.  In this capacity Peggy is responsible for all aspects of bookkeeping, financial reporting & tax preparation, ordering & promotions, technology management & organization and anything else that Coach Sumner dreams up on any given day.

Peggy has vast knowledge of Cal Coast's history so be sure to take advantage of that when you meet her.  By the way, she writes the checks so be nice!